Bikes are SRAM's only passion!

SRAM has set itself the goal, through constant development, to the ultimate bike to come, which every cyclist longs for. Constant improvements, revolutionary innovations and representation.

Of course, even casual drivers appreciate a solid performance, reliability, resilience and all the other qualities that the man expects from a good bike. However, the driver, for whom cycling is their one and all is put on SRAM

SRAM was known by the shift handles mentioned in GripShift. These were developed for racing bikes and triathlon bikes at the end of the 1980s and were also popular for mountain bikes. In the 1990s, the company began to expand its product range through its own developments and market acquisitions.

In 1997, SRAM took over the bicycle division of the German company Sachs, which built hub circuits since 1907. The SRAM hub has been manufactured in Schweinfurt.

2002 took over the suspension fork and damper manufacturer RockShox,

In 2004 the brake manufacturer Avid was taken over.

2005 Takeover of Truvativ, SRAM was able to expand its portfolio in the areas of inner bearings, cranks, handlebars, stems and pedals for mountain bikes.

In 2011, the American manufacturer of performance meters "Quarq" was taken over.

There are currently manufacturing facilities at several locations around the world, including Canada, China and Taiwan, where SRAM has its own factory.

The location in Schweinfurt has since been passed on as a development center for switching systems and for customer service.

SRAM builds its components among each other compatible. With its brands, the company produces components for almost all types of bicycles.

Bicycles have a detrimental effect on traffic congestion.

Cyclists are an enthusiastic user group that will support and improve the areas in which they are driving.

SRAM's products promote sustainability. They give people the opportunity to keep themselves and their family prosperous, stay healthy, reduce air pollution and improve the welfare of their communities by reducing the use of fossil-driven vehicles. 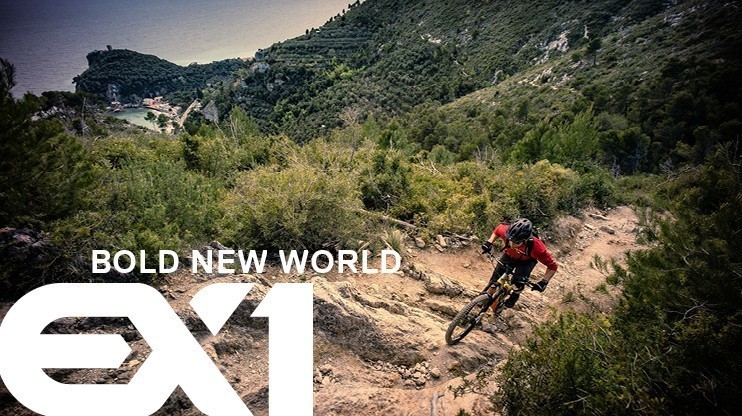 EX1 is the world's first drive system designed specifically for the unique requirements of e-mountain bikes. With the proven SRAM 1x ™ technology as their DNA, the EX1 cassette is the heart of this group. It allows optimal gear jumps for more targeted gear changes and the best transmission for mid-engine E-MTBs. Each EX1 component has been developed as a perfect complement to the system. The result is a higher running time, intuitive switching, a higher battery life and more resistance. EX1 opens the door into a beautiful new world of mountain biking.